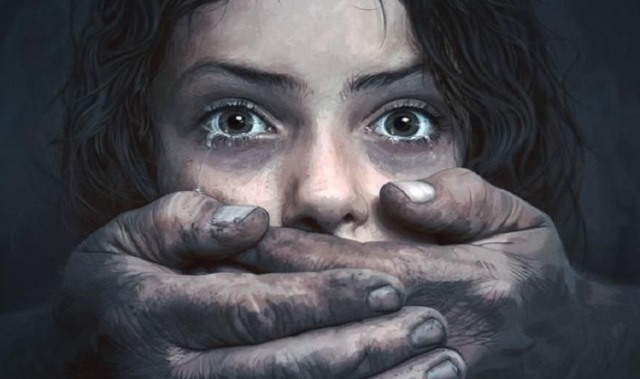 Sometimes it is difficult to cover the topics that are related to women’s dignity through out the world particularly in India. Not sure whether there has to be a guideline for media or not in today’s world, but certainly there is a need to make it more credible and sensitive towards any incidences of physical and sexual abuse against girls. For me with every single child who gets raped in India, this entire nation gets raped along with her. It takes us little closer towards being barbarians or nomads. Time is not far when we all will turn into Hannibal and will start feasting on each other’s body. We should be happy that in current scenario only politicians are doing so. The day we all get that vulturous tendency out of fear, hatred or negative propaganda then their will be no escape left for anyone of us and like I mentioned in my previous article that India will slowly be disintegrated. You may be thinking that why I am freaking out so badly today? It happens when media starts portraying an incidence of rape like a juicy story of some B-grade Bollywood cinema which makes it more shameful to the viewers than victim herself. They should set their televisions on fire to boycott such media or least what they can do is to unsubscribe those channels through cable operators. I am going to do so particularly for NDTV.

In last 15 days there had been several incidences of physical abuse against women in almost every corner of this country but I will speak on Kathua and Unnao rape cases as media is celebrating it more. Liberals are trying to color an entire Hindu community as rapists because the accused in both the cases are Hindus. The unwillingness from BJP government to act quickly in those cases has also made it little easier for liberals to do so. Right wing journalist like always sees a kind of conspiracy by opposition parties to malign the BJP government or Hinduism- to be more precise. Both are running their own agendas as per their liking which is okay considering the kind of professional morality media has got these days.  But, none of them are actually trying to show the bigger picture that we as a nation are failing to protect our girls against the vultures created out of the same society. Let it be a priest , a Muslim Cleric or father of a church, a retired IPS officer or sub inspector, a ruling party MLA or son of an influential politician. Yes, hang them all!! Because we as a nation need to be little unbiased towards such incidences when a girl child in her angelic age has to go through such a traumatic and painful handling who may not be able to feel anything except the unbearable pain. Their heart may cry out for help, but how should I tell them that nation has long been sleeping along with her moral conscience.

After seeing so many conflicting reports on Kathua case, it really becomes difficult to say that who were those monsters to tear apart the soul of an eight year old kid along with her body. If I go by the charge-sheet that has been filed by the crime branch in local court which says that the girl had to pay the price for the conflict between two communities and it was done with an intention to instill fear among the Muslim families residing in those areas. Well, I got a problem with that. Why do they need to target a kid to settle their enmity with someone? And if they are really doing so then there is no difference between them and the ancient attackers from Mongol, Arab and Turk. Some of my intellectual friends even went on an extent to say that Kashmiri Pandits have also faced it during ethnic cleansing of their community by Muslims in their own homeland Kashmir and so it is okay if Muslims are meeting with similar fate in other part of this country. My answer to them would be something like if you are so concerned about Kashmiri Pandits then why so much of their population are still forced to live in miserable conditions at refugee camps of Jammu. And up till what date women(from whichever community) will keep on paying the price for men’s fantasies or enmity with someone? Did I say fantasy? Yes, I said so. In 2012, when Nribhaya was raped on the streets of Delhi then it was done for pleasure and today a girl who is mentally challenged has been raped in Delhi by neighbors.

Whom are you going to trust when your daughter is out on her way to school, college? It can be anyone like bus driver, conductor, police officer, neighbors, son of a politician or politician himself. How will you educate your child if this situation continues? It is very high time for all of us to think and act otherwise time is not far for our nation to be declared as a nation without women like some villages of Haryana where either the girl child were murdered at the time of birth itself or if they survived by any chance then either they were raped or murdered in the name of honor killing. Who is to be blamed? Yes, we the citizen of this country because in a survey by election commission of India it was found that people with demonic background has brighter chance to win an election in India because they are seen as role model among the larger population and same population will foul cry when they are robbed by the same politicians. There are numerous cases like that and Unnao rape case is one similar case like that. That BJP MLA is nothing but the product of day dreaming by one community to rule the other one.

2 thoughts on “India of my nightmares!!”