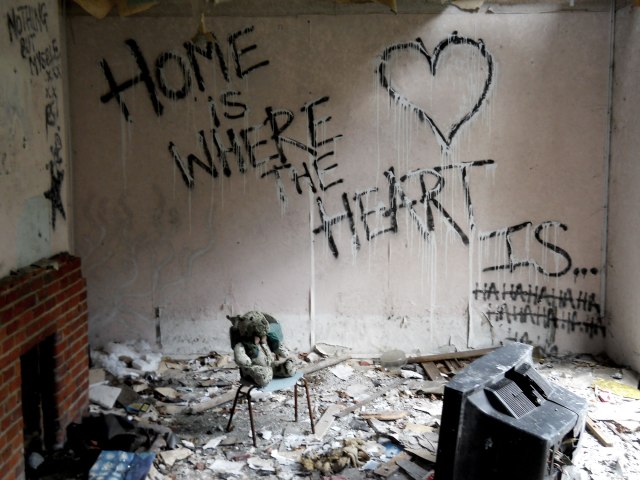 It is very often said that ‘Home is where our heart is’. During my recent trip to Bihar, I had such realization for the first time in last 12 years since I moved out of my state for higher studies and subsequently for good job perspective. That feeling use to come in bits and pieces earlier but this time it’s prominence was much more noticeable.

Most of the people from Bihar who were in schools during my time(including my seniors and juniors) can be simply divided into two categories. One belongs to those who accepted that there is no future of their state and already decided to stay away from it. The other one belongs to those who always ask question that why Bihar is still misfit to establish their career, so that they can live happily in their native place along with their parents who are getting older with time.

The answer is no where closer to anyone’s comfort, but living in a home without having your heart in it is simply painful acceptance to the situation. During my stay in US for two years, I met several people who were dying to get the green card or citizenship of that country. Most of them had already been staying in that nation for more than 10 years. When I use to ask them that why don’t they want to go back to India then the answer use to be quite mugged up by each and everyone of them. And it was something like ‘ Ham India ko dil me lekar ghoomte hain(we roam by keeping India in our hearts)’. Quite filmi but sucking!!

In last 12 years I been to so many places at different times and in different ages. Every place had it’s own charm and beauty and I had similar kind of comfort everywhere, but none of those places were able to give me a kind of connectivity that my native place gives to me. Many times people called me a kind of home sick, but that was not the reality. The truth is that all those who are roaming here and there in the search of  better job opportunities and organized lifestyle did not find it right into their respective native places. It’s their helplessness otherwise everyone is home sick.

We Indians are born with a common mind set to stay closely with our families in good or bad times and almost all the big social examples of this country point towards the same belief. The centralized development of few cities in this country has actually forced the people from less privileged states to migrate to the other states where they are less welcomed. So, they are left with no other choice apart from giving filmi dialogues like mentioned above. There should have been an equality in developing the nation and that could have saved the people from getting separated from their places and people.

Recently, I been to Bihar and felt very closely that if the intelligent breed from any state is forced to migrate and work in other states due to lack of opportunities then for sure both the states are going to be ruined in long term. The first one will be left in the hands of foolish to govern and the other one will be over populated due to the migrated force. And that is the reason for a class 9th fail for being the deputy CM of Bihar.

One thought on “Home is where the heart is!!”